Possible arms supplies to Kyiv for strikes against Russia will take the conflict to a new level, Kremlin's official spokesman Dmitry Peskov said.

The very discussion about a possibility to supply weapons to Ukraine that would be capable of striking the Russian territory is potentially extremely dangerous, presidential spokesman Dmitry Peskov told reporters on January 19.

"This will take the conflict to a new qualitative level, which, of course, will not bring anything positive in terms of global pan-European security,” he said.
It appears that the American authorities consider an opportunity to supply weapons for Kyiv to attack Crimea even if the conflict escalates, The New York Times wrote, citing American officials who in turn referred to negotiations with the Ukrainian side.

Russian Ambassador to the United States Anatoly Antonov, commenting on the publication, said that Moscow would react if such strikes were inflicted.
After the start of the special operation, the Armed Forces of Ukraine have been shelling Russian border regions on a regular basis. Numerous incidents of shelling were reported in settlements in Belgorod, Bryansk and Kursk regions.

The same month, the Armed Forces of Ukraine attacked warships of the Russian Black Sea Fleet and civilian ships in the bay of Sevastopol. The attack was conducted with the use of unmanned aerial vehicles, all of which were shot down. In December, Ukrainian drones attacked Russian military airfields Dyagilevo in the Ryazan region and Engels in the Saratov region. 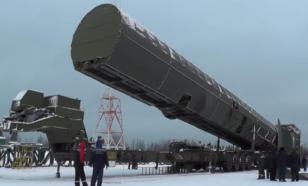